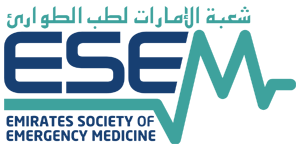 The newsletter was met with an overwhelming reception, and the interactive nature of the content allowed ESEM to delve into specific areas of interest as requested by the Emergency Medicine community, such as Point of Care Ultrasonography. In 2014, ESEM’s first scientific conference was organized as a means to encourage improved Emergency Medicine practice and research, while providing an assembly to raise awareness for the specialty, with networking and skill-building opportunities for doctors, nurses, residents and paramedics. The conference has shown exponential growth over the years, attracting various international delegations and organizations to the UAE. The increase in the size and breadth of ESEM’s followers eventually inspired the launch of the ‘ESEM Monthly’ e-newsletter in 2018, now approaching 2 years since initiation.